intercepting people at that hour of the night or morning. Pretty thick that was certainly.


The pair parted company and Stephen rejoined Mr Bloom, who, with his practised eye, was not without perceiving that he had succumbed to the blandiloquence of the other parasite. Alluding to the encounter he said, laughingly, Stephen, that is:


— He's down on his luck. He asked me to ask you to ask somebody named Boylan, a billsticker, to give him a job as a sandwichman.


At this intelligence, in which he seemingly evinced little interest, Mr Bloom gazed abstractedly for the space of a half a second or so in the direction of a bucket dredger, rejoicing in the farfamed name of Eblana, moored alongside Customhouse Quay and quite possibly out of repair, whereupon he observed evasively: 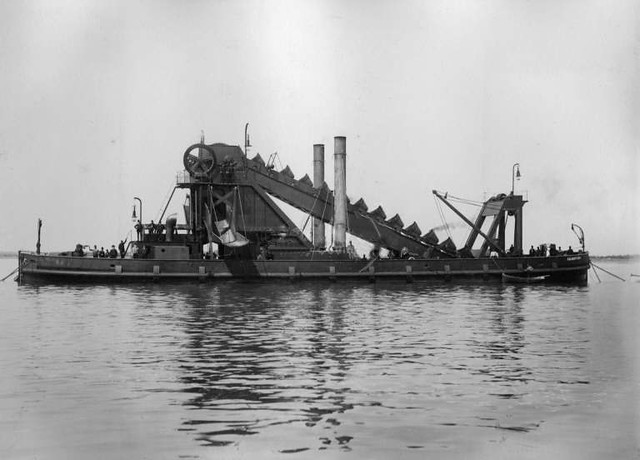 — Everybody gets their own ration of luck, they say. Now you mention it his face was familiar to me. But leaving that for the moment, how much did you part with, he queried, if I am not too inquisitive?


— Half-a-crown, Stephen responded. I daresay he needs it to sleep somewhere.


But talking about things in general, where, added he with a smile, will you sleep yourself? Walking to Sandycove is out of the question and, even supposing you did, you won't get in after what occurred at Westland Row station.


Simply fag out there for nothing. I don't mean to presume to dictate to you in the slightest degree but why did you leave your father's house?


— To seek misfortune, was Stephen's answer.

— I met your respected father on a recent occasion, Mr Bloom diplomatically returned. Today, in fact, or, to be strictly accurate, on yesterday. Where does he live at present? I gathered in the course of conversation that he had moved.


— I believe he is in Dublin somewhere, Stephen answered unconcernedly. Why?

(Can we believe SD hasn't been there yet?)


— A gifted man, Mr Bloom said of Mr Dedalus senior, in more respects than one and a born raconteur if ever there was one. He takes great pride, quite legitimate, out of you. You could go back, perhaps, he hazarded, still thinking of the very unpleasant scene at Westland Row terminus when it

Email ThisBlogThis!Share to TwitterShare to FacebookShare to Pinterest
Labels: Eumeus