à propos of the battle royal in the street which was still raging fast and furious:


— A beautiful language. I mean for singing purposes. Why do you not write your poetry in that language? Bella Poetria! it is so melodious and full. Belladonna voglio.


Stephen, who was trying his dead best to yawn, if he could, suffering from lassitude generally, replied:


— To fill the ear of a cow elephant. They were haggling over money.

— Is that so? Mr Bloom asked. Of course, he subjoined pensively, at the inward reflection of there being more languages to start with than were absolutely necessary, it may be only the southern glamour that surrounds it.


The keeper of the shelter in the middle of this tête-à-tête put a boiling swimming cup of a choice concoction labelled coffee on the table and a rather antediluvian specimen of a bun, or so it seemed, after which he beat a retreat to his counter, Mr Bloom determining to have a good square look at him later on so as not to appear to... for which reason he encouraged Stephen to proceed with his eyes while he did the honours by surreptitiously pushing the cup of what was temporarily supposed to be called coffee gradually nearer him.


— Sounds are impostures, Stephen said after a pause of some little time. Like names, Cicero, Podmore, Napoleon, Mr Goodbody, Jesus, Mr Doyle. Shakespeares were as common as Murphies. What's in a name?


— Yes, to be sure, Mr Bloom unaffectedly concurred. Of course. Our name was changed too, he added, pushing the socalled roll across.


The redbearded sailor, who had his weather eye on the newcomers, boarded Stephen, whom he had singled out for attention in particular, squarely by asking:


Just in the nick of time Mr Bloom touched his companion's boot but Stephen, apparently disregarding the warm pressure, from an unexpected quarter, answered:


The sailor stared at him heavily from a pair of drowsy baggy eyes, rather bunged up from excessive use of boose, preferably good old Hollands and water. 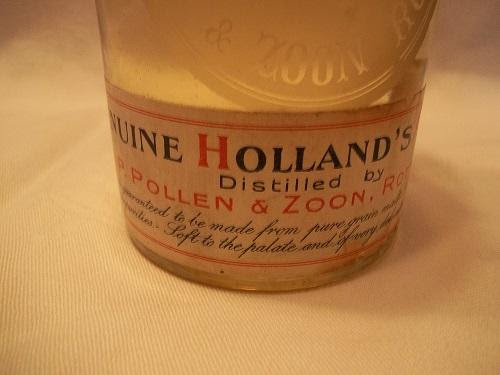 — You know Simon Dedalus? he asked at length.

Email ThisBlogThis!Share to TwitterShare to FacebookShare to Pinterest
Labels: Eumeus